All parents worry about their kids. The media is full of stories about how more teenagers than ever are using marijuana, it’s no wonder parents are concerned. If you think your child may have a drug problem, here are some signs to look for and some ways you can begin to address the situation.

It can be difficult to know whether your child has a problem with marijuana. However, there are a few signs to look for. Many signs of marijuana abuse are quite subtle. But, if your child is displaying several of the following signs, it’s possible they could be abusing the drug.

As you can see, these signs are quite vague. However, if your child exhibits more than a few of these signs, there is a possibility they could be abusing the drug.

Although the results are mixed for adult users, evidence strongly points toward a severely detrimental effect on developing teenage brains. When cannabis use starts during adolescence, the impact on the brain’s development can be significant, including a reduction in brain activity, a smaller hippocampus (the area of the brain that controls memory and learning functions), and fewer neural fibers in specific areas.

Live Science cites a 2014 study by Northwestern University’s Northwestern Medicine into teenage marijuana users in which the brain’s memory-related structure appeared to reduce in size. These abnormalities were still detectable after the teen had been drug-free for two years. This suggests cannabis can have a long-term effect on users. However, people who began using the drug after the age of 21 usually do not display these brain abnormalities, implying the younger the user is, the more damage that occurs.

A 2016 study by the University of Montreal demonstrated that young people who began smoking cannabis at 14 performed more poorly on cognitive tests than teens of the same age who were nonusers. The National Institute for Drug Abuse quotes a study carried out in New Zealand that proved persistent marijuana use through adolescence is linked to a loss of up to eight IQ points when measured during adulthood. People who use marijuana for an extended period often report problems with memory, thinking clearly, organizing their thoughts, and multitasking. Some individuals who use the drug for a long time also have slower reaction times.

With around half of all teenagers misusing drugs at least once in their lifetime, it’s important for parents to know the statistics regarding the use of marijuana among adolescents. While cannabis use among teenagers is more common than the use of alcohol, many parents had never considered the possibility of their child using marijuana. There are also now a few misconceptions surrounding this drug. Medical marijuana use is becoming more widespread, and several states have legalized its use for both medical and recreational purposes. This has led many parents to believe it is harmless. Yet, when it comes to teenagers’ developing brains, the evidence is clear: marijuana can be extremely harmful.

Marijuana as a “Gateway Drug”

As more states legalize the use of marijuana for either medical or recreational purposes, it’s no surprise many parents are worried its use could lead teenagers to use harder drugs, such as cocaine or heroin. Marijuana is often described as a gateway drug, and while the truth is many teenagers who smoke cannabis never use another drug, some do. The Verywell website says most high school students who use hard drugs originally started off using marijuana.

There are three theories why some teenagers who use cannabis often move on to harder drugs.

Evidence has also shown that when teenagers use cannabis in conjunction with tobacco and alcohol, there is a much higher chance of moving on to harder drugs. A study from Columbia University’s Center on Addiction and Substance Abuse revealed that children who use all three substances are 266 times more likely to use cocaine than those who used none of these gateway drugs. Young people who used all three were 77 times more likely to become cocaine users than those who used just one.

How to Talk About Marijuana with Your Teen

If you’re worried about your child and cannabis use, it can be difficult to know how to raise the subject with them. However, Partnership for Drug-Free Kids suggests if you can have an open and frank discussion about the drug, it’s the best way to help teenagers to avoid the perils of addiction. The key to talking to your young adult about cannabis use is to first set the stage and be in the right frame of mind for the conversation to be effective. Here are some helpful tips on how to get started:

While treatment for marijuana use might be beneficial for your child, address underlying issues before immediately discussing their treatment plan.

Ask them how they’ve been emotionally feeling lately. They might reveal they’ve been feeling overwhelmed with the responsibilities of school and their extracurricular activities.

If you know there have been issues at home, such as a divorce or frequent arguments, bring these into the light. Let your child know these things are affecting them, and ask how they’ve been coping with it.

Offer resources to help your child manage their emotions. Encourage them to attend therapy sessions or invest in healthier coping mechanisms such as art or meditation.

By improving their mental and emotional health, you’ll likely see a decrease in the problem of marijuana use.

What to Do When Marijuana Becomes a Problem 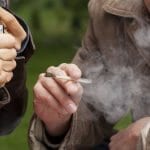 If you discover your child is addicted to marijuana, you will no doubt be extremely worried, wondering what steps to take next. While many parents try to address the issue within the family, sometimes a little more guidance and professional support are necessary. The good news is: you don’t need to do this on your own. There are many organizations that can offer support and advice to parents in this situation, and, in turn, you can offer your own support to your child as they seek treatment for their addiction.

If tackling the situation within the family doesn’t work, you should look for an experienced teen therapist who has a good understanding of addiction problems, that way your child can begin drug counseling.

If your teenager is already addicted to cannabis, outpatient treatment may be another option. These programs can help your adolescent overcome their ambivalence to any change in behavior and can help to increase their motivation to quit. By providing your child with the skills to resist their craving and avoid temptation, as well as improving problem-solving and conflict resolution skills, an outpatient program can help your teen overcome addiction while still being able to stay in education and remain at home with the family.

The treatments available for marijuana dependence have many similarities to the treatments available for other forms of drug addiction. While there are no medications that have been specifically developed for treating cannabis addiction, a professional facility can provide a supportive and safe place for young people to detox and overcome their problems. An inpatient rehabilitation treatment is one of the best solutions for those teenagers who need a comprehensive approach to treating their addiction.

By offering intense, focused, and customized therapies, an inpatient facility, such as SOBA New Jersey can help your child to gain more self-awareness and obtain a stronger control over his or her own drug-seeking behavior. By looking at the reasons behind your teen’s addiction and by supplying all the essential tools he or she needs to address these issues and manage his or her life more effectively, SOBA New Jersey can provide one-on-one individualized therapies, carried out by world-renowned experts, that are tailored toward the specific needs of young adults to help your child return to a normal and healthy life. 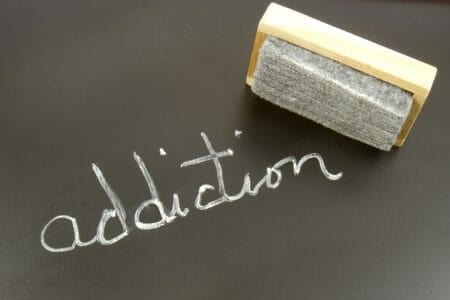 Your teenager will not be able to recover from their addiction simply by stopping drug use. Instead, your child needs to form a new way of living that addresses the causes of their substance abuse, while making it easier to avoid situations where substances like marijuana are available.

SOBA New Jersey can help your teen to learn how to avoid high-risk situations by taking better care of themselves, avoiding people who are negative influences, and learning to relax and find other forms of rewards that don’t involve using drugs. Coping skills are an essential part of marijuana addiction recovery, and as part of a customized and tailored program, your child will be able to learn how to manage stress more effectively and how to change negative thinking. By addressing the underlying issues that led to addiction in the first place, your teenager will eventually understand the reasons behind their marijuana use and will be able to use this knowledge to prevent future relapse.

While it is difficult for parents to know where to turn when dealing with a marijuana-addicted teen, acting quickly is essential to prevent long-term problems for your child in the future. By getting involved with your child’s health and well-being, you can help them stay away from drugs and move forward to a bright, drug-free future.