Ritalin vs Adderall is a question we get asked often. Both are used to treat ADHD, however, they are also being used to get high. However, they become addictive and cause a substance use disorder.

Ritalin vs Adderall Which one is Better for ADHD?

There are several pharmaceutical medications that people can use to treat ADHD. However, Adderall and Ritalin are two commonly prescribed drugs. Both are very effective when it comes to treating ADHD. Both also are similarly effective. So, what are the differences between them, and how do you choose the right one for your son or daughter?

Around 11 percent of children in the United States have a diagnosis of ADHD. Often, doctors will prescribe stimulant medications as a form of treatment for this condition. It might sound somewhat counterintuitive, but stimulants reduce impulsive behavior and poor concentration linked with ADHD. This enables sufferers to focus properly on tasks. ADHD isn’t only something that children suffer from. Adults can also be sufferers. In fact, around 60 percent of people with ADHD as children continue having the same symptoms in adulthood.

Ritalin is a commonly prescribed medication to treat ADHD. In fact, around 75 percent of all young people with this condition get a prescription for this drug. Ritalin is sometimes used to treat other conditions, such as depression, obesity, and narcolepsy.

Ritalin contains a psychostimulant called methylphenidate. This acts on the body’s central nervous system directly. Mainly, it boosts the activity of the neurotransmitter in the prefrontal cortex. This area of the brain is responsible for controlling impulses and maintaining attention and focus. Because it only targets this area of the brain, it has no effect on areas that control addiction or arousal.

Even though Ritalin doesn’t target these areas, a person can still abuse it. This is particularly the case when someone takes it for recreational purposes. It is, however, more than 70 percent effective when treating ADHD.

Adderall is another drug used to treat the symptoms of ADHD. Adderall contains four related amphetamine salts that act as psychostimulants on the body’s central nervous system. It comes in extended-release and instant formulas. It is also quite popular because its effects are long-lasting and powerful. People are more likely to abuse Adderall because of amphetamine salts. Adderall also suppresses appetite in users. This means those who want to lose weight quickly are more likely to abuse it.

What Are The Side Effects Of Ritalin And Adderall?

Both Ritalin and Adderall have unwanted side effects. These include:

While people believe Adderall is more addictive, Ritalin has more negative effects, especially when used for long periods. Adderall also produces a number of severe side effects. These include:

Ritalin, too, has its own specific side effects. These include:

Use in the long term could reduce the effectiveness of the treatment or worsen symptoms.

Is There A Difference In The Dosage Between Adderall vs Ritalin?

Is There A High From Taking These Drugs?

There are a few differences between Adderall and Ritalin’s high. This is because they both have a similar effect on the brain. Because Adderall has a higher dosage option and lasts longer, the high feels stronger. If you think your child has substance abuse issues, give our treatment center for young adults a call today.

Does Adderall Or Ritalin Cause More Weight Loss?

People who want to find a quick way to lose weight frequently abuse both Ritalin and Adderall. This is because both suppress the appetite of the user. Using stimulants in the long term is a bad idea. It is not only unsustainable, but it turns rapidly into dependency and can cause physical damage. There are 5 signs your child may need rehab when they become addicted to prescription drug misuse.

Drug Abuse of Ritalin vs Adderall By Students 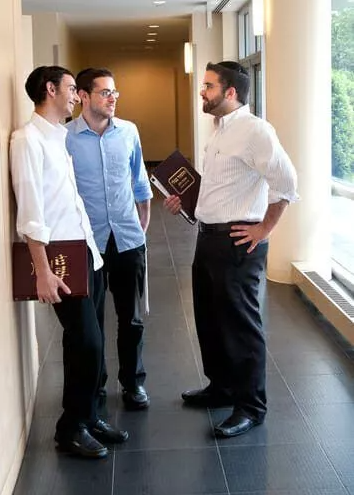 So many students abuse Adderall and Ritalin because there is a belief it can boost test scores. A study showed 13 percent of teens in the United States have abused Adderall or Ritalin at one time. These figures equate to about 2.7 million teens who are taking pharmaceuticals with no prescription. These figures have also grown dramatically over the last few years. This shows that young people are abusing prescription drugs more than ever. Shockingly, a recent NIDA publication showed that almost 10 percent of students in the 12th grade had abused these drugs. Also, 6.2 percent of students in the 10th grade and 2.9 percent of teens in the eighth grade also admitted to abusing them. The reason for this drug abuse is clear: 26 percent of teenagers believe these ADHD drugs will improve their grades.

Even more worryingly, a third of parents in the United States hold the same belief. More than a quarter of teens also think prescription drugs are safer than street drugs. This is despite the fact that when misused, their effects are almost identical to other drugs. These are disturbing statistics, and they show that people need more education. This education isn’t just essential for teens. It’s also vital for parents. Otherwise, teens will continue abusing Adderall and Ritalin under the mistaken belief they are helping themselves to succeed academically. Tragically, the results could be the complete opposite if teens become addicted to these substances. If you think your child may have any problem with these give our drug rehabs New Jersey center a call. We can educate you and find out if your child needs help.

What Are The Long-Term Problems Of Abusing Ritalin And Adderall?

If somebody abuses a stimulant drug for extended periods by taking too much, there are physical side effects. These include:

While Adderall is more addictive overall, both are commonly misused. Some people abuse them because they want to boost their concentration. They are also frequently used as a study drug by students. Students who have an addiction to such study drugs do not want to come out of education to get treatment. A treatment center, such as SOBA College Recovery Addiction Treatment Center, is the ideal solution. Students can continue to take classes while getting help for their addictions. This will help to produce a more positive outcome and a better chance of long-term recovery.

Ritalin vs Adderall for Good and Bad

While Ritalin vs Adderall has their differences, both work equally well to treat ADHD. How effective each form of treatment is will depend on the user. Adderall alleviates symptoms at a lower dose and its effects last longer. This is something that could be an advantage for those who suffer from ADHD. For those who are abusing substances, however, this could be dangerous.

If you know someone who abuses stimulants, such as Adderall or Ritalin, they need to get help. SOBA New Jersey’s addiction treatment center can provide all the help that is necessary. With a holistic approach to treatment, our expert team pinpoints the causes of addiction. By addressing these causes, as well as the addiction itself, a more successful long-term recovery is possible. Contact SOBA today to find out more about getting help for Ritalin or Adderall addiction. Soon, you’ll be on the road to recovery and lasting sobriety.